This article is a stub. You can help Mechapedia by expanding it.

Mecha operated by the player. Has a deformation function, it can be modified to Shooter of Gunner and space fighter form of robot form. Blassty in it to continue to buy the parts in the equipment buying and selling plants such as in the mother ship and neutral station is going to be enhanced.

That CPU of learning ability. It witty call it, but is in short that of "Exp obtained up to now." This is each time more than 1000, when they returned to the station, to level up.

Computer Learning Unit. The capacity of the storage memory of the CPU. That shows the "upper limit of the resulting Exp", also defeated no matter how the enemy, the value of the experience of more than this is not obtained, which is to say that. It is possible expansion in the shop in the station, let in stock up Once the surplus money. In addition, there is also that this value falls in the enemy's attack.

Damage total amount of aircraft. Comparable to the HP of the place referred to in the normal RPG, this will explode and become 100 percent. Even weapons and option parts is destroyed, but not a big deal damage, and damage to the engine comes out, quickly this value is increased.

Overall destructive power of the aircraft. Comprehensive evaluation of such hit rate of attack. Dari gained a large number of strong arms, as long as it honestly earns computer learning, go up to the fairly simple. It would would probably become the 9999 of the maximum value in the game middle.

Mobility of the aircraft. Pre-emptive attack as whether possible, influence the evasion of attack, important values. And the power of Equipped engine, varies depending on the weight of the equipment.

Energy of the aircraft. The maximum value is 50 memory, and this is a 0, and for some reason the explosion. Or supply at the station, there is no way to supply other than to recover an item called POWER MAKER. Movement and use of weapons, and the use ...... of options, so what need also to, want to always keep maintaining the maximum value. 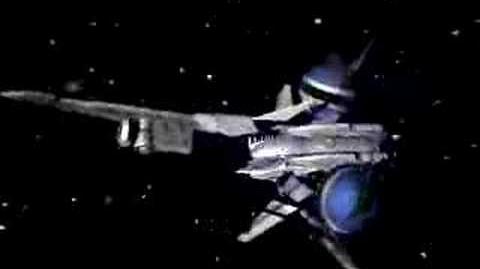 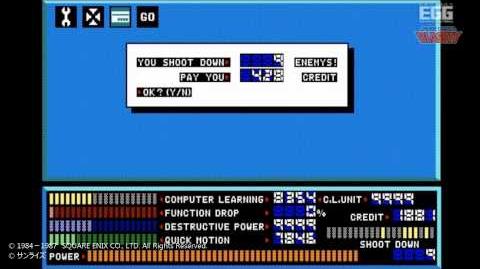